Queens Chronicle Covers the ’21 in ’21’ Initiative 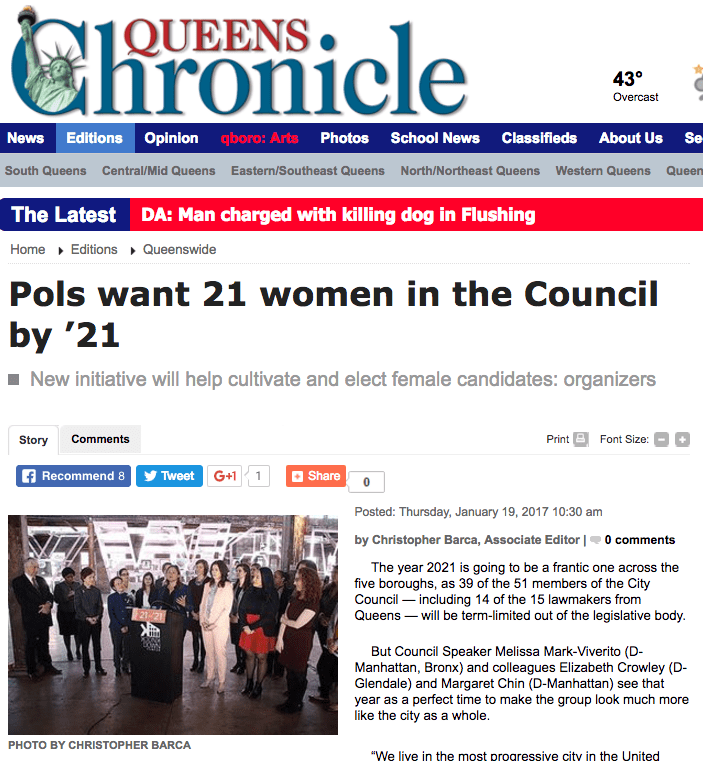 “‘We live in the most progressive city in the United States. We are a Council that prides itself on its diversity,’ Mark-Viverito said. ‘Yet the underrepresentation of women in this City Council has been a longstanding problem.’

Speaking at the Knockdown Center in Maspeth last Friday, the officials announced their new “21 in ’21” initiative, which aims to find, cultivate and help elect “at minimum” 21 women to the Council by 2021.

And of the 13 female lawmakers, four of them — including Mark-Viverito — are term-limited out of office this year.

In 2021, that number grows to nine, including Crowley, Karen Koslowitz (D-Forest Hills) and Julissa Ferreras-Copeland (D-East Elmhurst) — the three female members of the Council from Queens.”