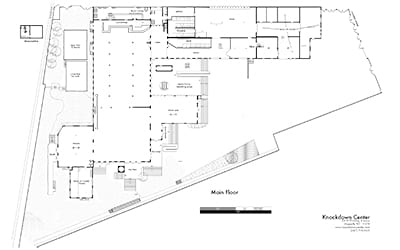 This NYC Halloween tradition this year will feature live performances by an unlikely combination of rock’n’roll legends:

– THE MAKE-UP (Washington, DC) Thee explosive sound verite is back and better than ever! Ian Svenonius, James Canty, Michelle Mae, and Mark Cisneros! Together again for a rare appearance! This is gospel ye ye legends’ first NYC gig since 2000 revelers had their minds blown at South Street Seaport more than two years ago! They live by night!

– QUINTRON & MISS PUSSYCAT (New Orleans, LA) This world-famous duo remains one of the most consistently wild and unique live experiences in contemporary music/art! Featuring Drum Buddy/Weather Warlock inventor/Hammond B-3 wiz Quintron and the puppeteer/fine artiste who brought her art form back into rock’n’roll counterculture! Expect both the puppet show and a wild dance party set!

– PROTEX (Belfast, Ireland) Maybe the best 1970s punk band on the live circuit at this point? The good vibrations of Protex go far beyond their canonical 1978 smash “Don’t Ring Me Up” and you will hear everything from o.g. essentials and to their current killer dillers! A band we don’t see every day and definitely not to be missed!

– THREE BRAINED ROBOT (New Orleans, LA) The main stage entertainment kicks off with the NYC debut of one of the Crescent City’s most compelling live experiences, the multi-media/performance/music/madness of this North Carolina transplant that’s taken the Big Easy by storm! First-ever NYC appearance!

followed by dancing with

– the 1AM COSTUME CONTEST

Plus over a dozen more bands and plenty of DJs to be announced plus the usual labyrinth of cob-webbed rooms chock full o’live music, dancing, horror cinema, performance, art, food, drinks, and more! Also get excited for new rooms and added diversions this year! Once again we’re upping the ante on what is already the best NY Night Train Party ever!

Come early and stay late! We got everything you need! A night you will definitely never forget!