Tickets at the door 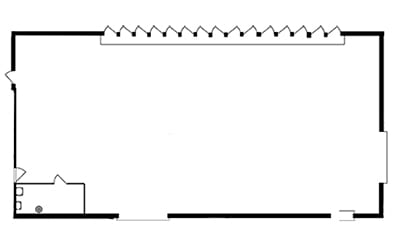 At the Knockdown Center the first Friday of every month, starting April 6th through August 3rd:

Jerry Drake’s interest in music began in early childhood. Both of his parents played the piano. His dad played by ear, and his mother only played if the music was in front of her. When his parents realized that their son had an ear for music, they hired a piano teacher for 11-year old Jerry. Prior to that, as a young child, Jerry played in a park across the street from a trumpet studio. His love for the sound of a trumpet eventually influenced him to switch from piano lessons to trumpet instruction. During that time, he also sang in the chorus in school. According to Drake, “In my late teens, I began playing in local bands in New York City and Long Island. Most of the musicians in these bands were much older than I was, which gave me the opportunity to learn the tunes in the 30’s and 40’s. At 19, I added valve trombone to my performance. In 1961, the draft board caught up with me and I was drafted into the Army. I spent the next two years playing tuba and trumpet in the Army band.”

In 1998, Jerry kicked off “The Front Page Big Band”–a highly successful band playing mostly in the Manhattan area. The group has recorded 3 CD’s so far. “It is my intention is to present original material using the traditional big band setting (3 trumpets, 4 trombones, 5 saxes & rhythm). The lyrics must be understandable. The music and arrangements must be listenable and danceable. Most importantly, the music must contain all these elements while working to communicate ideas and emotional power to the listener.”